First let me preface this with I will get some pics on here asap. As soon as I find my plug in for the camera! This place is a mess!

Now to the fun. It all started on Friday when my mom got into town. We went downtown to eat at the Spaghetti Warehouse. The boys loved it! Then on Saturday we just went shopping and hung out. Then on Sunday, the festivities began. We started the day at church for a wonderful celebration on my Savior. Brady was so excited because he got to go to big church and the kids went on the stage to hear the Christmas Story read by Bro. Jack. Then we did the candlight thing and the Lord's Supper. The best part was sharing with Brady about the Lord's Supper and why he couldn't take it this time but when he gets saved he can!
Then off to Christmas #1 with my Aunt Cheryl's family. Finger foods and presents and then we were off to Christmas #2 with my Aunt Judi. More food and more presents and more fun! Then Kaden and I went home and got things ready for Santa to come. Brady got home about 10 and went right to sleep. He didn't want Santa to skip our house because he was awake. So we all went to bed and when we woke up Santa had come! They boys got everything they asked for and more! We got to share Christmas morning with my step dad and his son's family via webcam. It was so cool. It was like we were all in the same house.
After we all got ready we went to one of the casino's for brunch. Kaden loved it the most. He's going to be one that gets his money's worth that's for sure! Then back home for a major nap! What a great day.
Today is also my mom's birthday! I love that she comes here for Christmas with the boys. They will always remember spending this special day with their special lady!
I will post some pics soon! Merry Christmas to all!!!!

Posted by tpillstrom at 7:20 PM 1 comments

Can you believe that in the past two days, I have actually wrapped 30 presents. I know! It's crazy. Well, it started a lot like this...I had tried to take my Grandmother shopping for like a week. She wasn't feeling well so I took on the task of shopping for her. Then against her will, I took the presents and wrapped them at my house. She said she could do it...but really? So, once I finished that it was time to pick mom up at the airport. Then we came home last night and I had to wrap hers because you know they don't let you take wrapped packages on the plane. Then, as I was wrapping, she noticed that she forgot to bring Brady's major present...which was a portible DVD player. So he only had one present under the tree from her. Ok...understand this...he's her favorite and she buys him anything he wants. So anyway...she ended up buying him a lot of stuff today when we went shopping so he has like 5 under the tree...and he still gets the DVD player.
I am so excited about Christmas. Tomorrow we will go to church, then to my cousin's house for round one. Then off to my Aunt Judi's house for round two. Then home for Santa. I'm so looking forward to when the boys wake up on Christmas morning. Mom bought us a webcam so PaPa Jim is going to get to watch the boys open up Santa presents! Isn't that awesome? 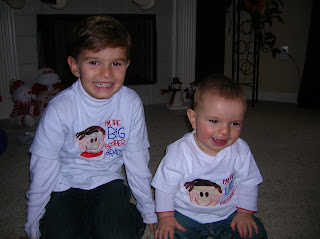 So you know for the past couple of weeks Kaden has been driving me crazy with all of this screaming. I mean...we've actually been calling "McScreamy." (That's his Gray's Anatomy name) So tonight before I put him in the bath tub...I looked to see if he's getting any more teeth and guess what.......He's getting a top tooth! I'm so excited because I was so afraid that because of his cleft lip it would actually have affected his teeth. It didn't! I'm so happy happy happy! So, I nursed him...gave him some tylanol..is that how you spell it? And guess what...he's alseep! Can you believe it? He's actually asleep! So I'm doing laundry...finishing my sewing for April...and if I feel like it I may start wrapping my grandmother's christmas presents that I got for her tonight. But I probably won't!
I don't have a pic of Kaden's new tooth because He won't let you really see it. But I'll post a pic of the boys just because theyare so darn cute!

Posted by tpillstrom at 9:45 PM 1 comments

Happy Birthday to Santa Bear! He's our Build A Bear pal from last year! We went with our small group and Brady dressed his bear in a Santa suit. Ok...I'm sure you really didn't care about that!
Here we are just six days from Christmas and the weather has finally decided to get cold! I'm so glad because it was going to be hard to get in the Christmas spirit with it being 70 degrees. I guess that's how the Isbell's must feel in Brazil.
McScreamy spent an hour doing his thing again tonight. Man I can't wait until we go to the ENT. I hope they can determine what's wrong with his ears and then fix it! Please pray for him. I know God made him this way for a reason. I'm just praying that God also will make it to where he's able to feel better too! 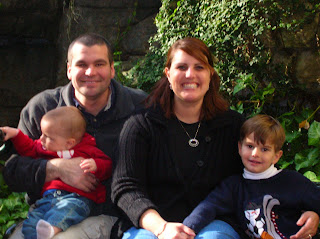 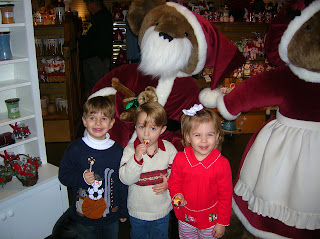 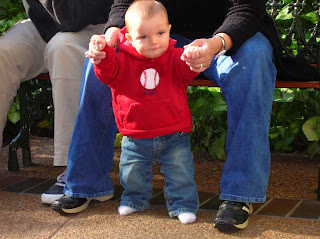 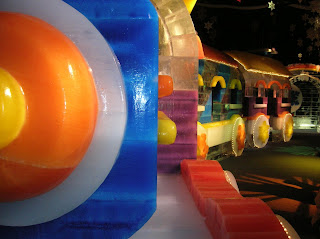 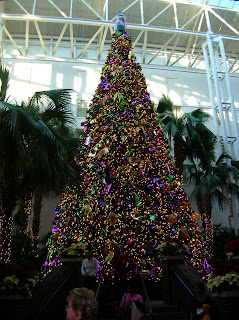 THE MANY ADVENTURES OF MCSCREAMY AND HIS FAMILY

This past weekend we took the boys to Nashville with our small group friends. It was one of the most awesome times I've ever had. We went to the Opryland Hotel, Opry Mills Mall and the coolest Ice Exhibit. Brady had the best time with his friends. And of course McScreamy partied like a Rock Star! That boy cracks me up. If we are not home or have company over he thinks he's supposed to be awake with the best of them! So of course today they boys slept a lot!
I'm posting a couple of pics from the trip. I'm sorry I'm not writing more but I'm watching tv...and about to go to bed!