I'm skipping Christmas at the moment because there is so much to do for that blog and moving right on to today. I took the boys to get their teeth cleaned. It was the first time for Kaden and Brady hadn't been in a year or so. I know I'm a bad parent...don't judge! JK. Anyway, Kaden was siked...Brady was....well nervous. Kaden hopped up in the chair and was ready to go! 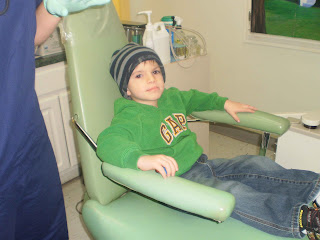 We had talked about it the night before and I told them they were just going to brush his teeth and make them really shiny. He did great! He got x-rays and everything. He let the lady clean them right up and was so excited to be a "big boy." 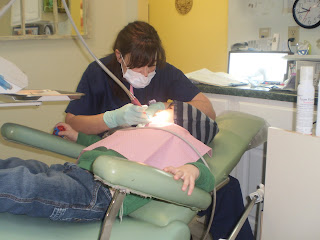 He even showed off his pearly whites for my many pictures. I was so proud of him. He sat in my lap while Brady waited to get started.
"My need water," he said making a face. I explained he couldn't drink anything until the dentist took a look. The next thing I know....he's throwing up all over both of us. Apparently, he didn't agree with the floride and it made him sick. After I finished catching it in my hand (gross I know!) The hygentist handed us a trash can. So, off we went to the bathroom to clean up. He was just fine after that. It was weird. 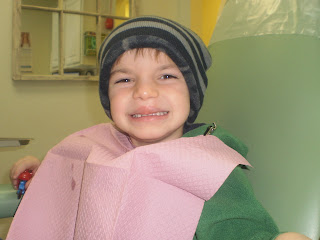 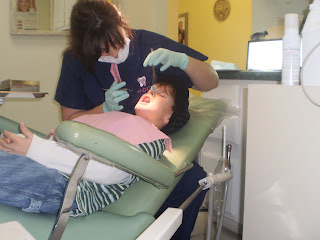 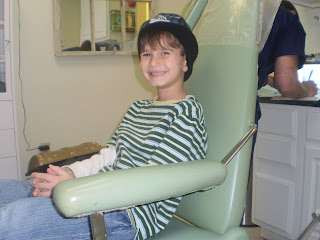 Because I was in the bathroom with Kaden, I missed all the photo ops with Brady. He had already told me "No flash photography, please." Like some kind of Diva he is sometimes.
Both boys checked out just fine with "A pluses for everyone," said Dr. Darby. I informed him that we were over acheivers at the Pillstrom household. He agreed!

Posted by tpillstrom at 8:33 PM 0 comments

Oh, where to begin?

Well, I'll start with the fact that I haven't blogged in forever! I seemed to have lost the plug for my camera and didn't want to post boring blogs with no pics. It was either that or I'mjust too lazy! I'm sure it's the ladder! I did really lose the plug...until we got new furniture and dug around in the old couch and it appeared. It appeared along with a few other things like a gameboy, a shoe (I know!), and I'm really embarressed to tell you a plate. No, I'm really serious! So, tonight I downloaded my pics and thought I'd do a few posts with pics.

My time had been consumed with preparing for the church Christmas party. Myself along with a wonderful group of ladies planned the party for the women's ministry. It was a big assignment and it was a hit! We went very non-traditional this year playing games and pairing attenders with someone they didn't know for the dinner. (Gasp!) I did! Seriously, I had them randomally pair up and then told them that's who they would be sitting with. I really thought I'd come to church that Sunday and there would be a mod kicking me out! Instead, many ladies thanked me for making them get out of their comfort zone! It was crazy but God totally did his thing that night!

One of the traditions we did keep was decorating the tables. Ladies volunteer to decorate with their Christmas ware. So, here is my table. 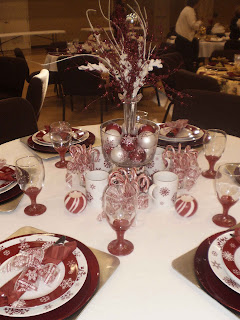 Last year, my MIL bought me an 8 place setting just for this occasion. I love my new plates and we have been eating off of them since Thanksgiving. Most of the things on the table are from Old Time Pottery so you know they aren't very expensive. 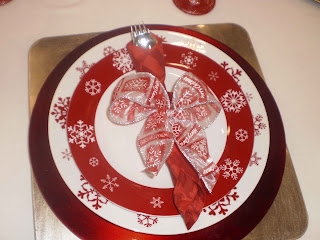 And of course, I edited the photos to bring out the red! 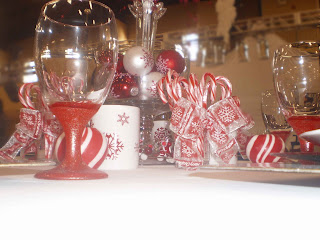 Not only was I the lead planner, I got the honor of MC of the night! I gave my camera away to a friend not knowing what to expect when it came to pics of me! But you know what? You really can tell I've lost some weight! So, thanks camera friend for making me not look so bad! 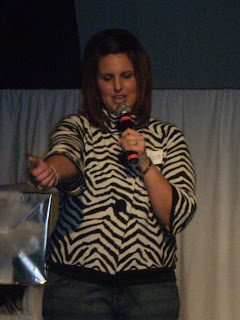 Posted by tpillstrom at 7:55 PM 2 comments

After much anticipation, Brady and I finally had the chance to ride the train to Jackson, MS for his Spotlight field trip! Two days, 50+ second graders, we were destined to have a blast, right?
The day started off slow. The train was two hours late getting in from Chicago. Apparently, the weather in the rest of the world isn't like it is here! Seriously, I know the world revolves around the Pillstrom house, right? So, it was snowing in Chicage which made the train late. 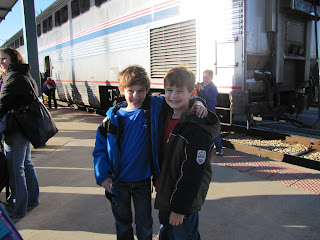 Finally, we boarded the train. Brady was excited that we were rooming with a friend of his from class. I'm not going to publish his name, well, because I didn't ask his mom if it was ok. So, back to the story! Riding the train is a lot like being on a plane. Except for the massive leg room, no security, and no one giving you a dirty look for not turning off your electronic device! 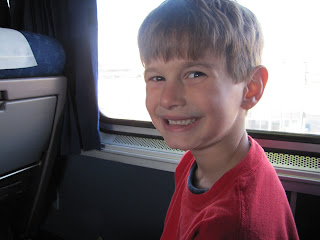 This was the first time for us both and Brady was full of energy and super excited!
4 hours and a big fat nap later, we made it to Jackson. A bus picked us up and we went to eat lunch. Then off to the Museum of Natural Science.
The kids got the opportunity to work on a science lab and while they did, I hung out with this cute guy! 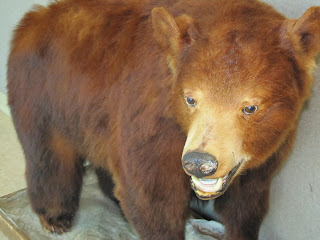 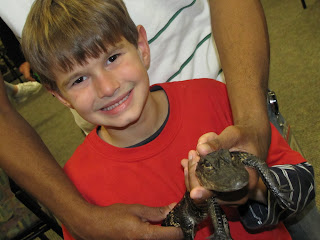 During their lab, they learned about animals, their habitats, and how animals become extinct. Then they met two of the residents. A snake that poops as self defense. (I'm not joking!) they also met this little guy. I don't remember his name but he was really cute! So, alligators have heart similar to people with 4 chambers. And when you lay them on their backs, they go into like a trance. Then when you flip them back over they're all disorentied! It was really interesting. 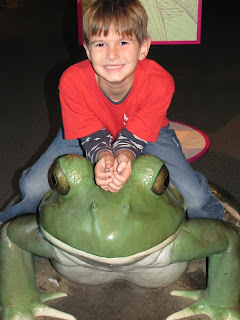 After the lab, we had a scavenger hunt through the museum. I enjoyed it and made us really look at the displays.
That night included dinner and a play. I didn't take my camera just because I was dressed up and didn't want to wear a backpack!
The next day, we hiked all over downtown Jackson to visit the old and new capitols as well as the governor's mansion. 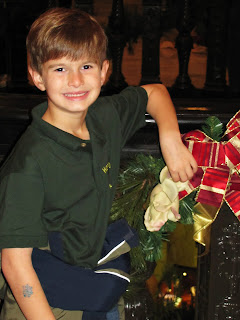 I couldn't resist taking many pictures of the detail work in the new capitol. They call it "new" it was built in 1903. I love old buildings the craftmanship is amazing. And of course, no photo is complete until it's been edited to enhance its beauty! 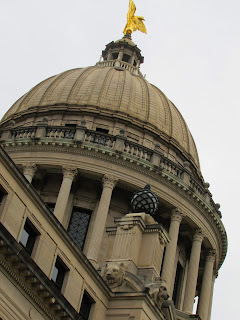 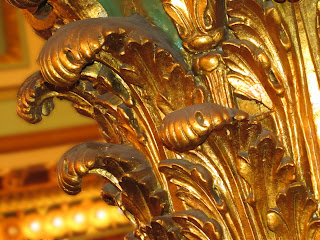 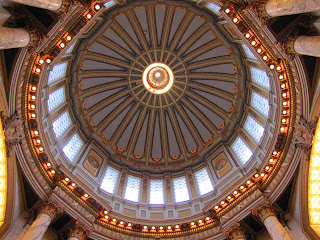 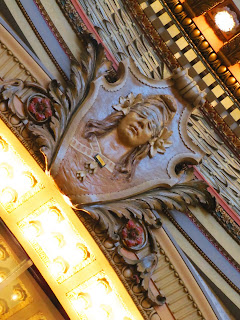 We boarded the train again around 6 and made the 4 hour trek back to Memphis. It was awesome getting dropped off right next to the car! Unlike the airport, you just hop off the train and there you are in the parking lot! I loved the trip and I loved spending time with Brady! On the down side, he stopped calling me "Mommy" and started calling me "Mom." He also wouldn't hold my hand for very long! It makes me so sad that he's growing up so fast!

Posted by tpillstrom at 8:21 PM 0 comments